I mentioned the fact that it is warm here my last letter. I come to regret this as, I am informed it was winter at the time. Now that it's spring it's even hotter. I actually think that it is just God trying to kick me in the balls (in a metaphorical sense) for complaining about the temperature. My fingers are sweaty writing this and therefore I encourage you to acknowledge exactly how devoted I am to you. In your last letter you were telling me about the kids; they've grown up so fast! And judging by the pictures they have all inherited my dashing good looks. I'm really missing you. And water. But mostly you.
Sincerely~ Alex xxx


To start I got a hair cut, not just for style reasons but my split-ends had split-ends. Upon my arrival home I was greeted by the wet tongue of Mofussa licking my shins. 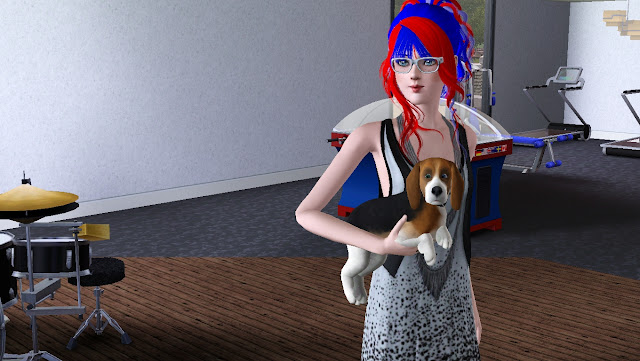 I couldn't be bothered taking him for a walk, so I just picked him up and took him to the basement with me (I'm a terrible person, I know) I was only semi-down the stairs when the sound of music drifted through my ears, it was Cas. He had been learning to play the piano for a week and he already sounded like a pro.

"Nice work" I smiled as I walked past him

"Thanks" Said Cas in return, not looking up 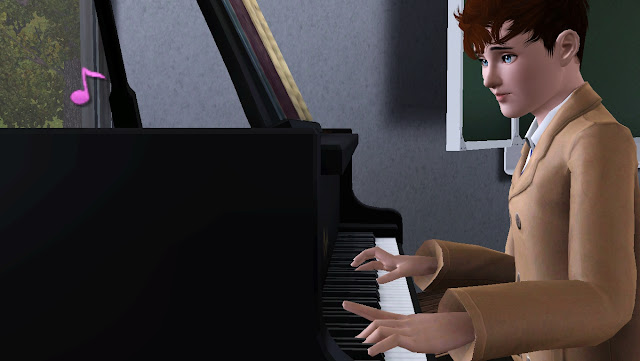 I placed Mofussa on the treadmill as I passed it, flicking on the switch to turn it on (yet another reason I am a terrible person) I stood in front of the aisle, maybe I should learn to paint. Always good to have a backup plan in case I become infertile or I get Ovary cancer or something. So I picked up the brush and began to paint. 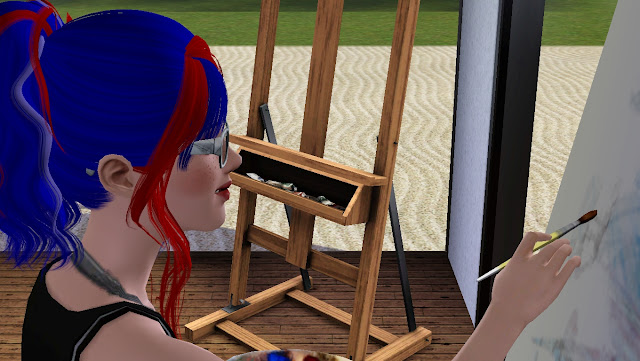 After an hour or so I put down the brush.
I decided not to quit my day job.

I went upstairs to check on Snow, who was learning to walk with Arthur. I stood at the door, watching them for a while before I interrupted. 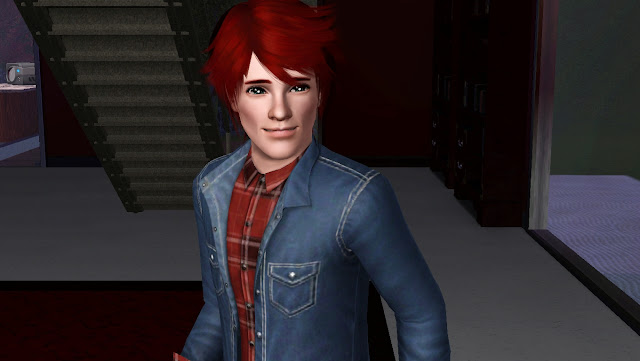 Arty looked up at me, staring dead into my eyes. Snow did not, however, allow this moment to last. She clung to my leg and glared at my face. I picked her up (I think that's what she wanted) I kissed her on the head gently.

Arthur stood up from the ground "So what we having?" he said

"Mac and cheese" I smiled "Nothing fancy, but I'm lazy and suck at cooking"

Arthur seemed to accumulate kids as he walked to the kitchen, I followed after with Snow in arm. Then we all sat down and ate, the food was slightly burned but edible anyway.
I waved the kids off for their school prom. They all looked so beautiful and grown up. I remembered when they were in primary school and how close Cas and Dean were, not any more. They seemed to have drifted apart since then, Cas hadn't changed but Dean had, a ladies man he was now. Cas hadn't had a girlfriend yet, but maybe he was just too busy studying to get one. I watched them all, all dressed up.

They all stopped and turned "What?" Sam asked

"You didn't think I'd let you leave without a picture did you?" they all sighed but walked to the stairs anyway. "Say cheese!" The camera flashed and they bustled on. My babies, growing up. 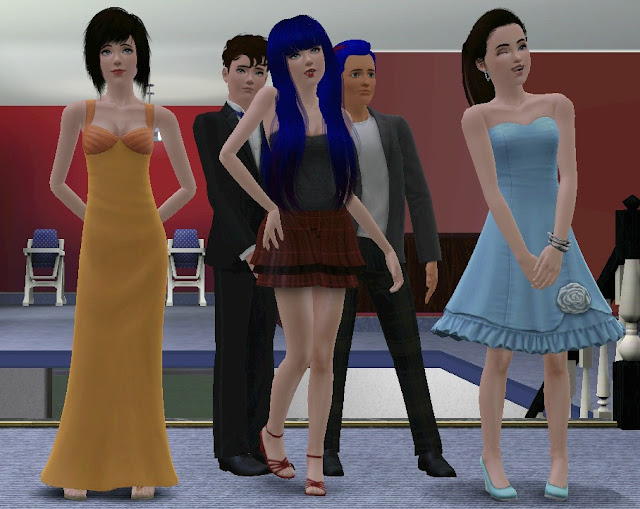 It had been a pretty busy day so far, so I decided to redeem my activity with blogging.

Multiple hours and sore eyes later the email tab popped up. I clicked on it, this probably had something to do with that old lady's hamster a accidentally killed. But no, it was from Skye:

Hi Lecci, it's been a while, especially considering your inability to leave people alone. Excuse my snark but you haven't called in months. You could be dead, I mean, I wouldn't mind if you were dead, I just want you to tell me. Keep that in mind when you die 'tell Skye' but yes, anyways. I hear you wear glasses now? That's cool. I mean, I could just be  a hypocrite because my girlfriend wears them. Oh well.
What this email was trying to say is: We should meet up. Preferably today, if convenient.
if inconvenient come anyway.

Right. That was today's plans set out. I would go into town, meet Skye, kill demons. Okay, we probably won't be killing demons but well, you never know.
I put on my shoes and grabbed a vile of salt (don't judge me) and left the house. I was going to pick her up from her house. Her car was apparently in repairs. I told her, hitting innocent children would dent her hood but she didn't listen.

I pulled up to her house, where she was stood, arms folded. "What took you so long?"

"Stop complaining and get in" I opened the door for her.

I turned up the radio, playing the new Panic! At the disco song miss Jackson.

"Can't we listen to something else?" She whined.

We arrived in town at around six, it was pretty busy but we could manage. First stop, the book store. Skye decided to buy most of the shop but I settled with the entire collective works of Shakespeare. Grabbing some food she and I sat on a bench in the park
"Look!" Shouted Skye, a mouthful of burito. She began yelling this every time a man went past.

"What are you doing?" I asked her 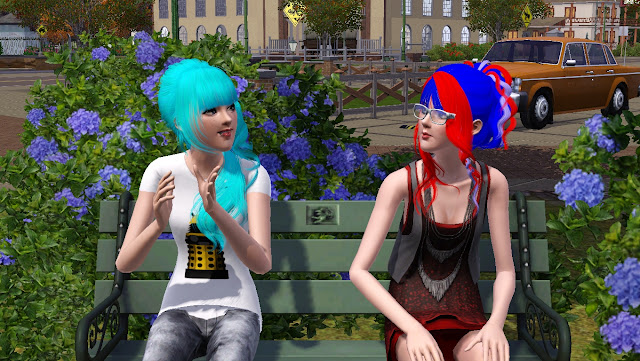 "Finding you a new challenge father" She said "Because, I wasn't going to mention it, your challenge is going slowly"

"Thanks. Do you do this to Paisley?"

"Paisley and I do share a more profound bond"

"I wasn't going to mention it." She whispered. She looked up "Him!" She yelled at the top of her high pitched voice

The man she was pointing at was blue. Not like, sad blue, I mean actually blue. He had blue skin, with blue hair that had white streaks in it. His ears were pointed. He looked pretty attractive for a blue guy. 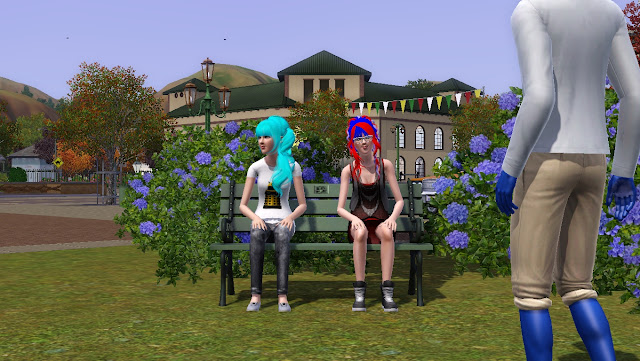 "A goblin?" I asked "Like in lord of the rings? Aren't they supposed to be ugly?"

"Apparently not." She said, before I could say another word she was up on her feet, chasing after the man (Or goblin or whatever)

"Wait!" I chased after her. The goblin turned to face me, ignoring Skye completely

"I'm Dancy" He stretched his arm out to introduce himself

"Electra" I replied as I shook his firm palm.

Skye walked away "My work here is done" 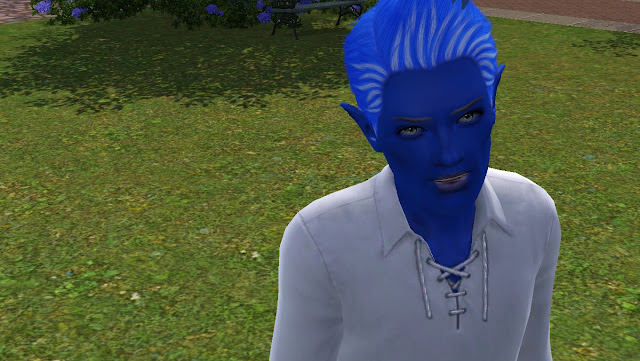 Lets just say that one thing led to another and now I'm pregnant.

As soon as I got home the teens were standing in a line. They were ready to age up. 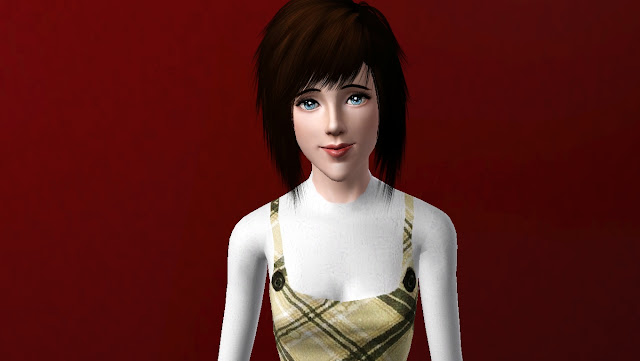 Lilith graduated high school with flying colours, and straight into theatre, her natural gift meant that she was instantly snapped up by the production 'Annie' I visit her sometimes and see her shows, I have to say she's pretty good! 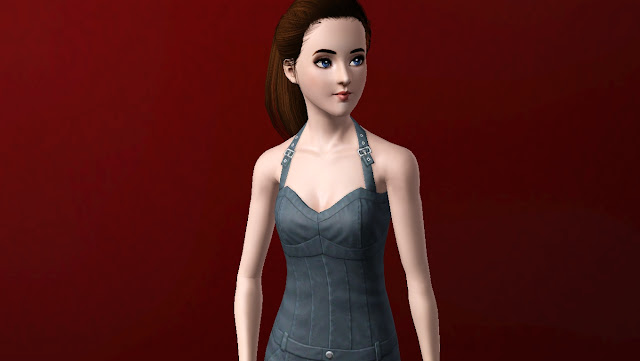 Ruby still hasn't decided what to do with her life, so she has joined university and is studying law (I don't even know) She decided that it would be the easiest application but I saw her face when she got her first assignment, she didn't look too pleased 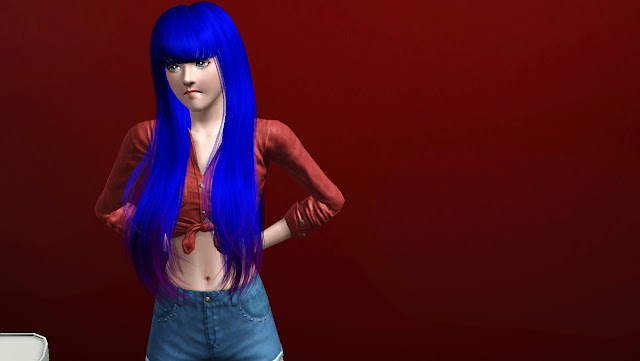 Samantha also got into uni, but a different one to her sister. She became the first Danton to get into Harvard. I'm proud of my baby girl. (she obviously inherited my intellect) 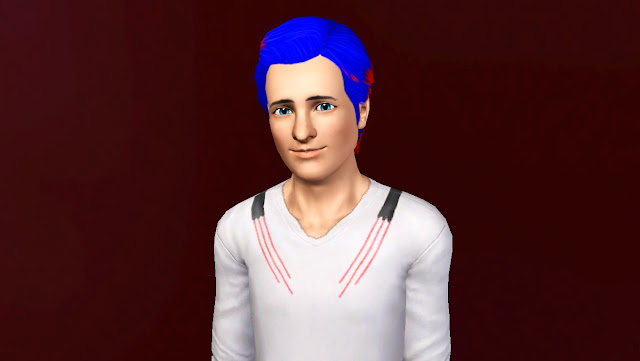 Dean works at a restaurant as a chef. I have to say, we were all pretty shocked to know that our little tough boy was a cooking fanatic all along. 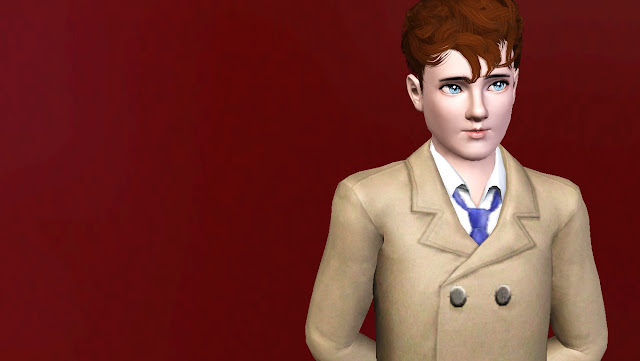 Castiel is also in the same theatre production as Lilith, playing the piano in the background. But that's only to pay for the university he's going to. I think he's going places. 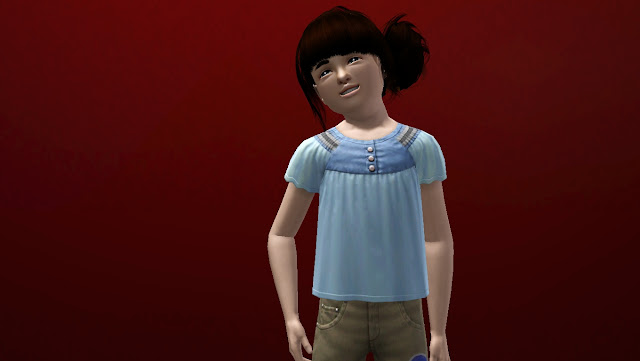 Snow brings a tear to my eye with her adorable looks, with a sense of humour to match.

Shortly after the kids left the house, leaving just Arthur, Snow and I, I went into early labour. I gave birth to two beautiful twins, Holly is blue just like her father and Jake who inherited my skin tone. They are both really quite cute together 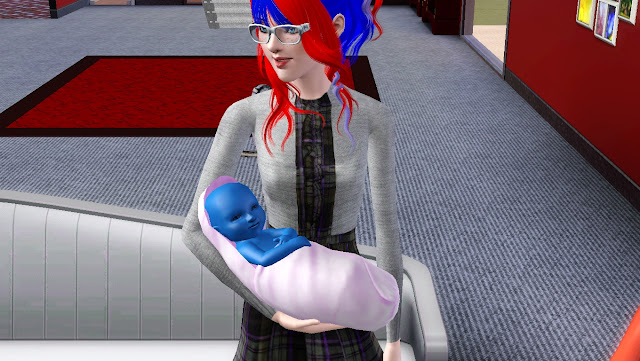 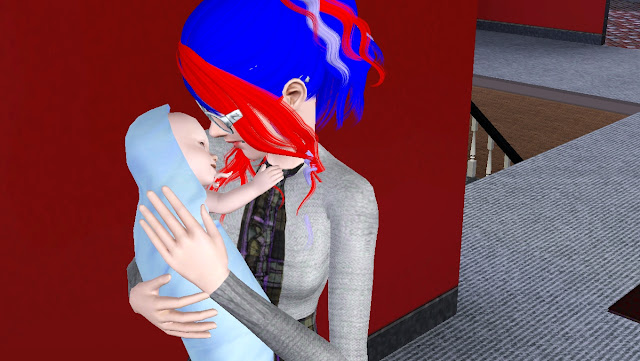