The agent, the child and the flying pig (baby 2)

Before I start on my next post I would first like to apologize for the all-round bad quality of my last post. I promise I will improve it either when I have the time, or the mere motivation to do so. And with that, welcome to post #2 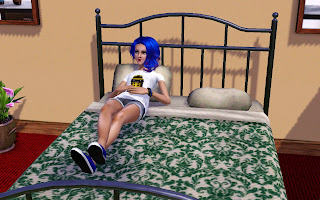 I awoke to a high-pitched squealing. It sounded like a constipated cat I thought, I giggled at my humorous comparison. I spun on my bed, so that my feet were directly above my fluffy slippers. Waiting for only a moment to re-orient myself. I slipped my feet into them.
"I'm coming!" I shouted at Sarah. Now that I write it down, it seems a little odd, what did I think she was going to say? 'oh that's fine mother, jolly good show'? She is just a baby after all. 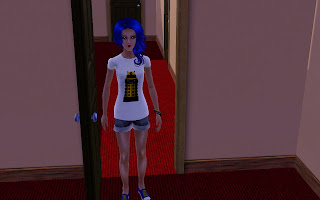 I must have stood too quickly as I found myself grabbing onto some draws for balance. I stumbled sleepily into the hall, stopping only to sneeze. 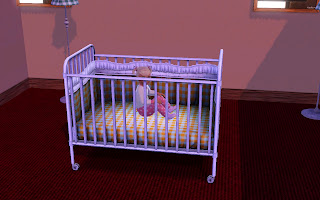 I came to a halt outside of the epicenter of the noise. I slowly opened the door, not knowing what horror may fall before me. The child was on laid her back, screaming like a neutered kitten. Her mouth a perfect circle. And like a true mother... I didn't have a clue what was wrong with her. 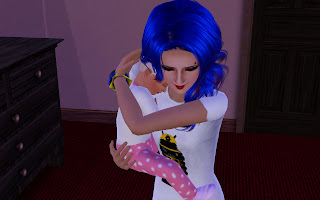 I picked her up, she felt soft in my arms. I don't know why, but I felt so happy, it felt as if she belonged there. This I thought, is what being a mother is.
She once again let out a weak cry. 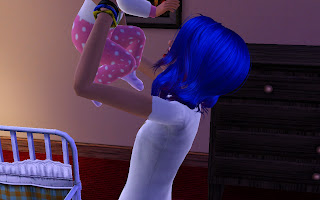 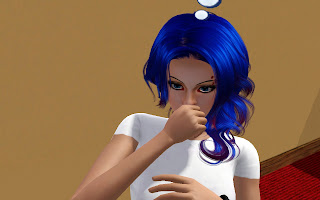 " Do you want food?" I asked hopefully, as if she'd answer " Are you bored?" I tried " Oh, god... You pooped didn't you" I winced, knowing that I would soon regret doing this. I lifted the child above my head, and placed my nose within proximity to her smell hole. I gagged, and had a fit of coughing, I panicked fighting to breath. I cringed then shook my head to re-focus, on the task in hand. Bugger.
What seemed like a life time later, it was finished. Thank the lord. I sat for a while, admiring my excellent taste in nappies. It had a pig on it. But not any old pig, no sir, it was a blue pig. I know right!? cool or what!?
THUD THUD THUD!
Came the noise of the door.
" Damn it," I muttered I had forgotten about the social workers visit. I glanced over at Sarah in her crib, my sleeping angel.
"I'm coming!" I yelled at the closed door. I had to make disposal of the nappy. I ran to the kitchen, to the bin, it was full. I cursed to myself. "What am I supposed to do with this!?" I pondered, holding it away from my face as if it was a weapon. I was ignorant of anywhere else I could put it. This led to an idea. The window. I rushed to the window, sliding it oped a foot or so, I flung it out. I watched as it fell 11 floors, the blue pig, spinning. Flying. 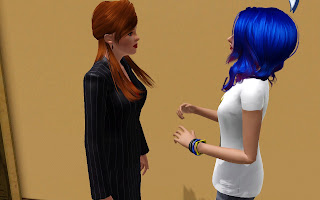 I ran back to the door to the apartment. Just in time to stop the social worker from knocking that one more time.
" Hello miss Danton" She said, painting a fake smile on her face. She stepped in, un invited. And when she turned her back I was sure to stick my tongue out at her. Her face scrunched up like a dogs bottom she sighed 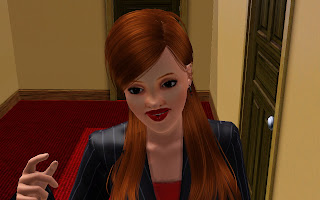 " How long are you planning on staying here? Only a cheap hotel is not a good children environment"
" We are looking around..." I said as a drifted through the room picking up laundry and clearing space "...you know to find that right place"
She wrote something down on her clip board, I couldn't see.
"Tea?" I asked
" Coffee" She replied... I felt like saying ' I said tea, that meant tea!' Despite my view I went to the kitchen to make her the awkward beverage.
I didn't see the banana skin on the floor, nor did I see the door frame. I tripped over the door frame, trying helplessly to regain balance. To then only step onto the banana skin and slip, this time uselessly, well at least I blacked out with style... 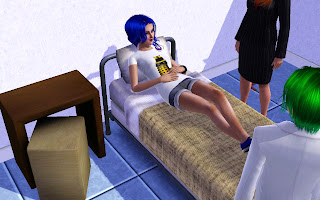 I wake up in a hospital. I open my eyes quickly and I am forced to shut them again, because the light was so bright. Allowing my eyes time to adjust I re-opened them. This time the light was more bearable. The silence was broken by the noise of a swinging door and the swift entrance of a doctor, shortly followed by the social worker. Her red hair drifting behind her.
" You had quite the fall miss Danton" The social worker conversed as the doctor prodded me with anything he could find in the room. That's when the realization hit me.
" Where's Sarah?" I panicked.
" Don't worry miss-" 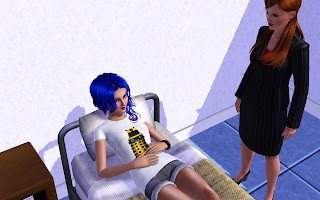 " Call me Electra!" I shouted in her face. I felt rather guilty afterwards, remembering that I had yet to brush my teeth.
" That is fine m- Electra" She continued " Sarah is safe in the hands of my colleagues" She assured me. She looked at her clip board. I was really beginning to dislike that clip board. By this time the doctor was standing at a distance poking me with what appeared to be a TV aerial. Once again the social worker peered down at her clip-board, then looking back up at me, to then return her gaze at the board
" Electra Danton..." She began to say just in time. I hate it when people use my full name, it usually meant that I had done something wrong, or somebody was going to give me a lecture on how spitting in people's drinks or that cats were not invented to dye pink. " This is quite impressive" She interrupted my thoughts.
" What's impressive?" I asked, now fairly curious.
" These tests show an extreme fertility rate" She continued. Why was she telling me this? " Have you ever considered becoming a challenge mother?"
" I- me? you think that I could be a challenge mother?" I was seriously surprised by her proposal.
" Yes, obviously you wouldn't be alone, you will have me, and of course other challenge mothers behind you. You should also get an agent"
" An agent!? I can't afford a packet of humbugs, never mind an agent... or even a house!"
" Well..." She said as she flicked a piece of invisible dust off of her collar " Iv'e had some experience in the field, and well, with me as your agent your sponsor would fund your house-hold" This was all going so fast, I didn't actually know what was happening, did this mean I was hired? Was I now some sort of celebrity? My train of thought was interrupted once again by the doctor now prodding me with the end of a plant-pot.
" I'll see you later to organize housing arrangements, in the mean time, get busy" She shot me a wink, then skipped out of the room. It took me a while to realize what she was implying but when the doctor disturbed me with a coat hanger, I soon realized. He was fairly cute, nice green hair, pretty brown eyes. What the heck!.

The now rather shaken up doctor was stumbling out of the room just as the social worker- well I guess I should probably start calling her Debbie- was entering. 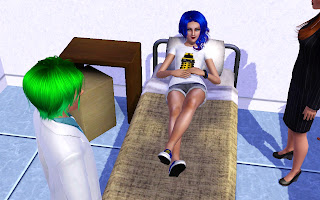 " Are you ready?" She asked me, as she offered me a hand out of the hospital bed.
" As ever" I replied, still rather startled by this sudden movement in life. She showed me to her car, it was a black-jag, it was shiny, and I have to say, I didn't mind being recognized in this car. The car pulled up just a few miles away from the hospital. And as I peered through the blackened windows, I saw my new home.
I stepped out of the jag and stared in amazement at my house. So many sights! I ran around getting exited about everything...
" Is that my car!?" I shouted at Debbie as I stocked my new convertible " It's red! oh my! Is that a pool!? I have always wanted a pool! And oh.. You didn't..." My eyes went wide as I gazed at Debbie " Is that a curly tree!?" She nodded and smiled " I really like that curly tree"
" We haven't been inside yet Electra" Debbie tried to get through to me
" Yes, yes, inside, like a normal person... inside" Inside was just as nice, perfect for raising a family. A large family, a family of 100, MY family of 100!


Sorry about the bad quality of pictures and writing and my terrible sense of humor.
I would like to say one last thank you to my bast friend, without whom this challenge would not be...      (I named the child after you by the way)


Any comments would be appreciated, even bad ones. But that does not give you permission to throw things or give my computer a virus, just.... behave...