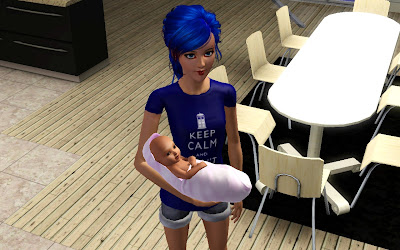 " Poppy" I told her as she skipped around the room. Her smile just kept getting bigger, I knew that she was excited about finally getting a baby sister. 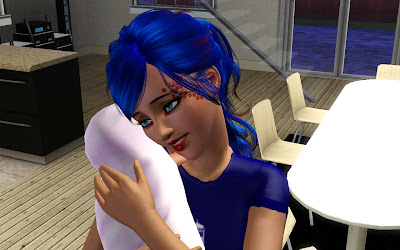 " Can I hold her?" She beamed, giving me the cutest look possible. I thought about it, for just a moment. 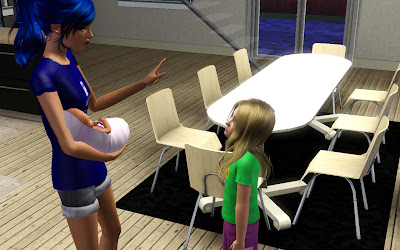 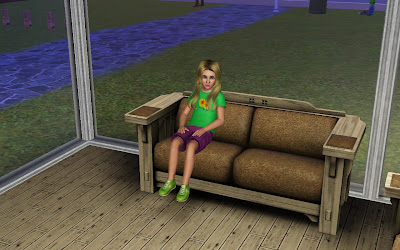 " Yes, you may Sarah, but you must sit on the sofa." She smiled and ran to the sofa, jumping onto it, then making herself comfortable. I placed young Poppy on Sarah's lap. And Sarah stared adoringly at her as she whispered into her ear ' I will be the best-ist sister ever I pwomise' Giving her a kiss on the head as she did so.
The computer blasted out a loud ringing. I had a call incoming. I left Poppy safe in the hands of her sister. Poppy played with Sarah's long blonde hair, staring with big blue eyes into hers.
I sat at my desk and answered the call. It was Skye.

" It's a gorgeous little girl, and her name is Poppy"

" What a nice name. So, how's the rest of the children? It's their birth-days soon, as I understand"

" Yes, as much as I want to see them grow up, I just can't bring myself to age them up. But I must, no matter how cute they are"

Skye and I had been talking for a while, the door bell the only thing interrupting us. I stood up and closed my lap-top.

" MUM!" I heard Sarah shout " THE BABY POOPED!" I rolled my eyes but continued towards the door 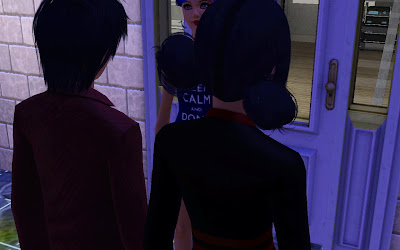 " Be right there!" I shouted. I stopped at the door and opened it. Behind it were two people, a man and a woman. They looked foreign, Chinese, maybe Japanese. They looked at me hopefully, then opened their mouths. The lady spoke first. 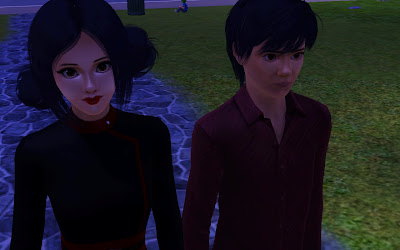 "H-hello" She said in a slight accent. " My name is Mei," She gestured to the man next to her " And this is my brother Lee" The man called Lee smiled adorably and waved. " We moved in, just across the road actually, and we thought that it would be nice to meet our new neighbors, that is, if you don't mind" I gestured they entered and in stepped Mei, followed by Lee. They both looked around, seemingly fascinated by their surroundings. 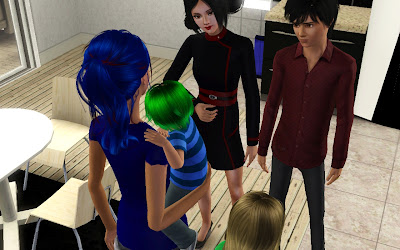 " Well hello, Mei and Lee.." I chirped, " My name is Electra, and these are my children" I looked around, realizing they weren't with me I smiled pathetically. 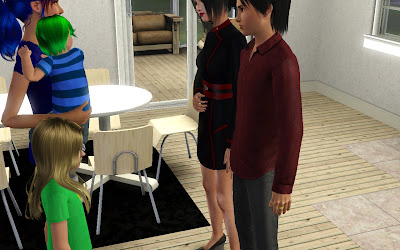 I shouted at the household " Kids! Come here! We have visitors. Sarah appeared first, Poppy in hand. Sarah smiled and didn't say anything, she wasn't the type to do so, she rarely spoke to new people. Fletcher was still missing, and I was about to call his name again, when I heard thumping, he then materialized at the bottom of the stairs. He giggled then stumbled towards me. He reached my feet then looked up at me and lifted his arms and simply said "up" I grabbed him and swung him onto my hip. Mei walked towards Fletcher and turned her voice a funny tone 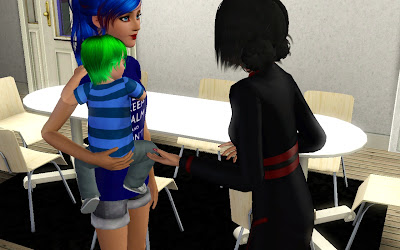 " Oh hello! What is your name little one?" She rubbed his chin with her tiny fingers and my little boy giggled then said
" Fwetcher" Mei cooed over the adorableness of my son, and Lee stood still grinning like a lost child. Poppy made the strangest of noises which turned every bodies attention to her. Sarah looked from me to Poppy from Poppy to me, before finally saying: 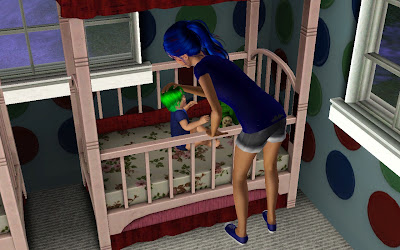 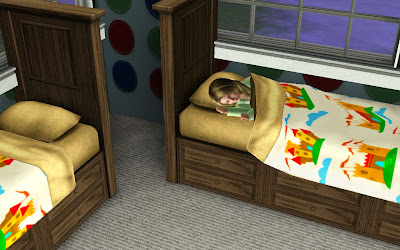 " I think she's tired" I looked at her, and had no doubt she was right, so I showed my new friends to the living room then took Poppy to her cot. Fletcher also yawned and I was sure to induce his sleep, he drifted off almost straight away. And my little angel Sarah put herself to bed, stroking the poster of her idle as she slipped into her sleep. Sarah seemed to always be in one phase or another, always astonishing me how well she knew everything about every detail, her current phase was Loki the Norse god, no doubt next week it will be Harry Potter or Iron man, but I didn't mind, she was doing well at school and had a close bunch of friends. That's all that mattered. I blinked away my tiredness. Well at least I tried. I knew what to do, put my sleeping cloths on, rest my eyes, that's right, great idea.
I collapsed on my bed, closing my eyes...
" OH CRAP!" I shouted as I leaped up " My guests!" I ran downstairs, to see my friends still sat where I put them. Mei was looking around, I could tell she was bored. My sight drifted towards Lee, who was sound asleep, mouth open and snoring I giggled and Mei turned her attention to me. She nudged her brother who also turned his gaze on me. Their eyes turned wide, and I remembered I was wearing my sleep stuff, which is, basically my underwear. Mei was polite so she only looked at my face, being sure to look nowhere else, Lee however seemed glued to my body. Mei kicked him in the leg and he yelped then looked at my face. 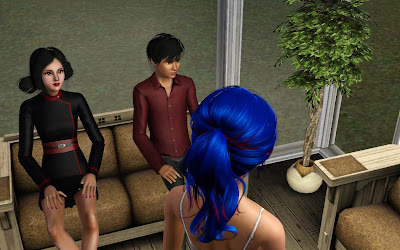 " Sorry I took so long, I drifted off" I tried

" It's OK" Mei said, she was so polite, gentle, and even though I barely knew her I trusted her. Mei was the only thing that broke the silence " so, you are a challenge mother so I hear?" She conversed.

" Just curious" She simply said. Her brother seemed to perk-up, I was probably just imagining it. Mei raised, followed shortly by her brother Lee. " We have to go" Mei said graciously " Thank you, you have been a good host"

" Bye..." I managed as they left the room. Mei and Lee reached the front door. Mei smiled and led the way, and Lee was just past the door frame, his back turned. What the hell....
I grabbed his shoulder pulling him back and spinning him around, our lips met and I pressed mine into his hard. He flailed and fidgeted but never pulled away. Mei stood back, amazed. Our kiss (or rather a snog) lasted for a very long time. 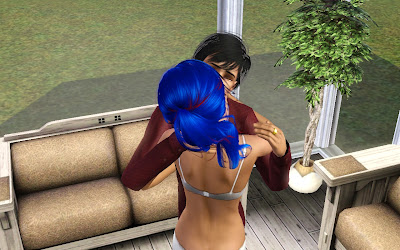 " I'll just be leaving..." Mei said, she failed to get a reaction as Lee and I stumbled into the living room, our lips still firmly attached. I began to unbutton his shirt, uncovering a muscled body. I gasped as we fell onto the couch. 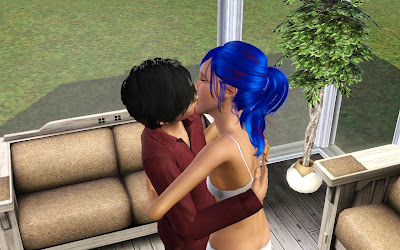 The next morning I felt amazing, I made waffles for the family and my guest. He was still asleep, at least he was until

" MUM! WHO IS THE STRANGE GUY WITH NO CLOTHES ON!?"

I cringed, then shouted back " Just ignore him!" Was all I could think to say. Lee walked in rubbing his reddish eyes. He was wearing bright red pants, skin tight and hot. 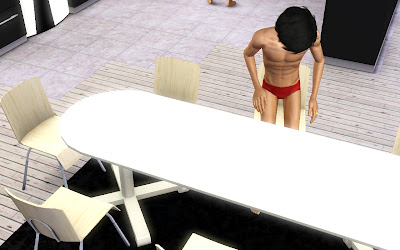 " What's cookin'?" He yawned. Almost tripping over Fletcher, he sat at the table. Sarah walked in, not even glancing at Lee. She sniffed inward, taking in the smell of waffles. She turned her attention to Poppy who was in her baby seat, making enough mess to make a maid scream. 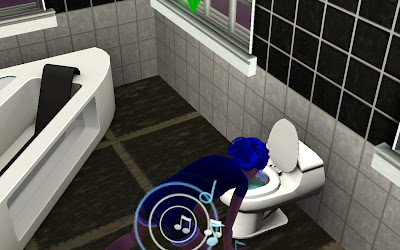 " Breakfast is served" I said in my best french accent. I placed the plates of food onto the table, I gestured them to eat and they did so straight away. I sat down with my food, eating it slowly. As I scraped the remains of my waffles off of my plate my stomach lurched. I ran to the bath room, narrowly missing Lee who was returning for left-overs. Well, at least it wasn't the waffles making me sick.
Long after Lee had gone home, I changed into my maternity clothes. And when I told Sarah the good news she hopped from one foot to another, singing and dancing with excitement. As she did so I noticed her toes poke out of the end of her trainers. ( Sorry about this, I can imagine you have better things to do with your life than read about some other woman's child's feet) 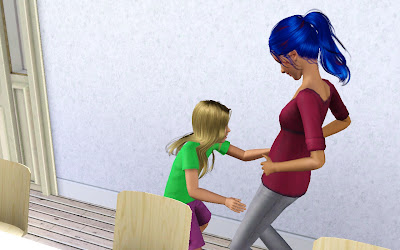 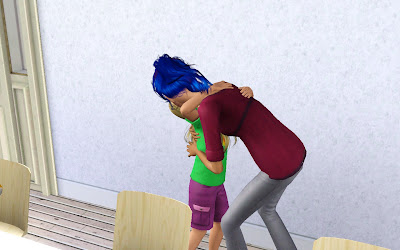 " We're going shopping" I announced a little too dramatically. It didn't have the desired effect, Sarah groaned and went to grab her coat, Fletcher wobbling toward me, and Poppy staring in bewilderment at her mother. Perfect.
The taxi arrived outside, an hour late, but it arrived none the less. Poppy, Fletcher, Sarah and I all clambered into the back seats. I commanded that the driver drives, he then refused to do so until I asked in a more polite manner. I reluctantly did so and we were off! We arrived in town and we all got out, I was sure to pay the driver and forget the tip. It wasn't long before a lot of people materialized. Some nodded and said hello, others even stopped to ask how the challenge was going. I enjoyed being noticed, Sarah on the other hand didn't. She threatened to 'smite' a lady who decided to coo over her and call her cute. The lady rushed away within a second or so. Then a night-mare on legs appeared.
I hated Unice, she was annoying. She seemed to think that everybody in the world was inferior to her, and that she was amazing and the only person in the world that meant something. As she got closer her smile got wider. This scared me. It scared me a lot.

" Well hey there El-!" She bellowed

" Oh OK, so I heard you was doing a challenge" Typical she notices me just as I begin to get famous

" I could have been a challenge mother ya' know, yeh, I got talent spotted, got told I had the looks and of course the brains to be a mother, I turned them down, I had better things to do... True story" She said flinging her hips She looked at me and gave me 'the look'

" Interesting..." I said sarcastically, she looked back at me and her eyes widened.

" You are pregnant right now aren't you?" She said with false enthusiasm.

" Oh really when is it due?" She asked " I hope it looks like it's dad!" She said cockily.

" And why should I get all of the attention!?" I copied her voice " You have a bun in the oven too!" I laughed and she frowned, she then wobbled away. I win I thought in content.

" You can't say that!" Sarah shouted at me

" She started it..." I tried to justify it.
Sarah shook her head and we went home. Later on it was time to age the kids up...

Sarah made the most beautiful of teens, still in her phase- phase as always. She was excelling at school and kept being selected for the honor role. I am so proud of her 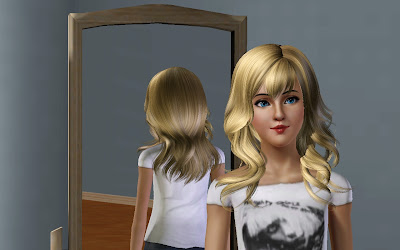 Fletcher made a ravishing child, he fussed a lot over his hair and appearance. He made his school Football team, and was very popular 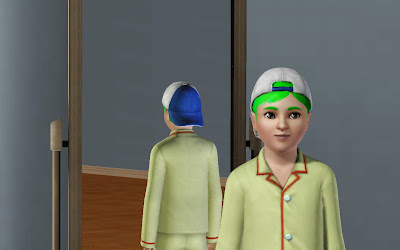 Poppy aged up so very pretty, her red hair inherited from the father, who was part strawberry. She is a cheeky little girl, but a fast learner. 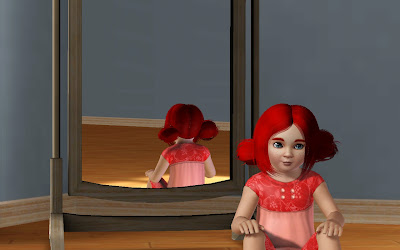 As for my bump- it just keeps getting bigger and bigger.
Posted by Violet Everly at 07:55