I DEDICATE THIS POST TO CASSIE MY ONLY FOLLOWER! THANKYOU DEAR! KEEP ON COMMENTING!

" SURPRISE!" Came the wave of voices as I left the hospital. I was happy to see my family waiting for me, their faces lit up and joyful. 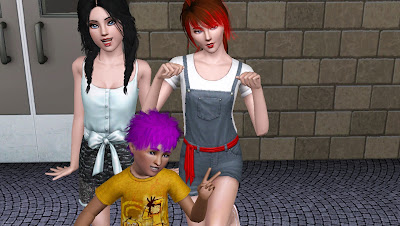 " Well, it's your first hospital birth and well- I don't want to miss the cute little faces of my new sis' and bro'" Smiled Pepper. She had already picked up my little boy Simba. Natasha was just grabbing Becks when Ghastly giggled. 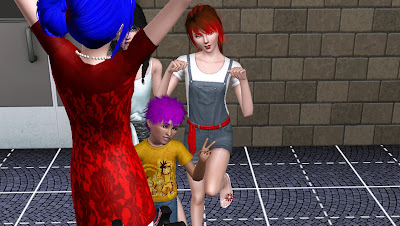 " Fully aware boy. I was the one who birthed them afterall"

I called a taxi and we all clambered in. I watched as Ghastly gawked at all of the magnificent lakes and forests, he loves nature. Natasha tugged at my arm. I turned to her

" You know.." She began " If I could drive, you wouldn't need to get a taxi from the hospital"

" Taxi's are fi-" The taxi swung around a corner, hitting a curb and sent me flying sideways. My head collided with Peppers. We shared a moment of pain before Natasha's 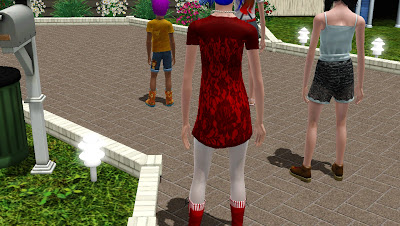 The taxi pulled up outside of the house and we all clambered out. Pepper was still holding her head, mumbling something. Both Natasha and I grabbed a baby and we followed the children in.

As if on Que the babysitter wondered in from the kitchen, Hannah in hand 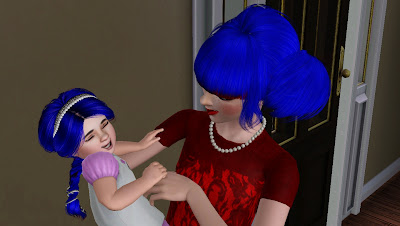 " There's my beautiful daughter!" I went to grab her from the babysitter. She giggled " You are so cute! This is why you are my favorite child" I laughed. 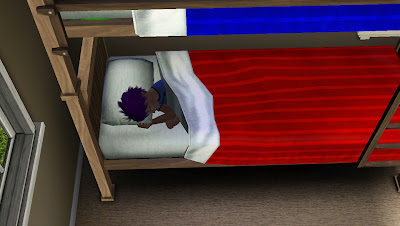 I looked at the clock; almost 9:00pm. Time for bed little ones. I put Becks and Simba in their cribs, at the side of Hannah, who would probably be keeping them up all night stating the obvious. Ghastly hopped into bed and shuffled down into his covers, I read him a story about an adventurer called Steve and he drifted off calmly. 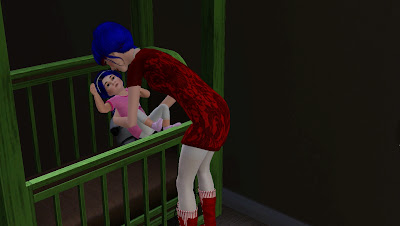 I sat down on the sofa in the room, Mofussa at my side. Pepper came in; her pajamas on. She moved Mofussa and sat where he did. 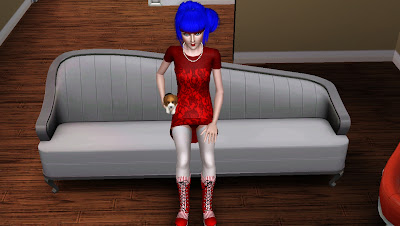 " I prefered the dog" I looked at her

She raised her brow " You are a bad mother you know that?" 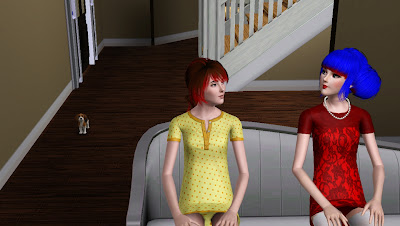 After Pepper and Natasha had gone to bed I sat downstairs for a while. I wondered where my challenge was going to go, would I ever finish? All of my friends had gotten so far, but where was I? I was stroking the puppy as all of these questions and doubts drifted through my mind. I felt all James Bond-y and such. 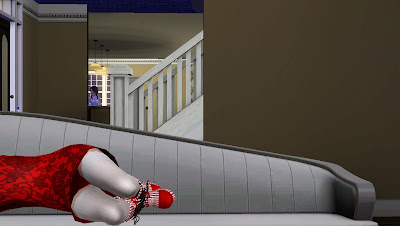 My eyes slowly opened. As my vision re-focused I began to see Pepper, Natasha and Ghastly all standing above me. They were grinning at something.

I groaned sleepily " If it's all the same to you. I'll have that cuppa now"

They continued smiling. My head was warm, really warm. They began to laugh, this was getting annoying. Then it hit me, I scowled.

" Dog! Down!" I shouted. Mofussa climbed from my face. I was still in the living room, I must have dozed off last night.

Natasha stepped forward as Pepper went to make me tea " Mother..." She began, I knew what was coming " You said that you'd teach me how to drive today" 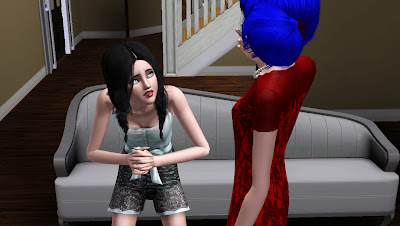 " I did, and I will, right after my caffeine boost!" Pepper handed me the piping hot cup, I slurped it- treasuring every moment. I slipped my clothes on. I allowed Pepper to do my hair, she's taking a beauty course in school, she wants to be a beautician.

Natasha opened the garage. Come to think of it, I had never been in the garage. Within was a Mini cooper.

" You didn't? Skye got it when she chose the house" I was beginning to love Skye even more. 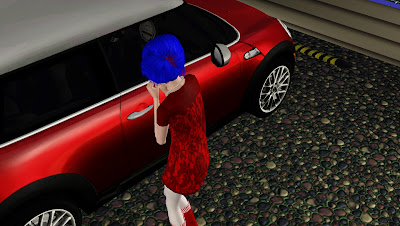 ----
"Right" I said " Pull the stick at the side of you" She did so " That is the hand break" We began to roll forward " Now- put your foot down" We nudged forward. Her face shared the look of Excitement and terror. We pulled onto the road.

" Slow down!" I screamed

" Okay" She slammed her foot down and I whipped forward

We began to speed on again. She hadn't got a hold of the steering.

" Look out!" She swerved out of the way of a speeding lorry. She had to avoid a tree that was 3 meters from the road.

That's when- Completely un-provoked a man ran into our car. We stopped and looked at eachother in horror. We jumped out of the car 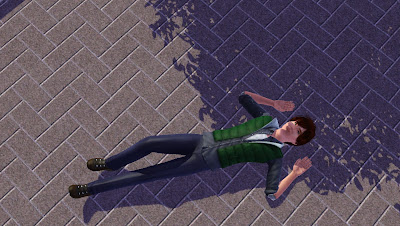 I knelt by him " Do me a favor and please don't be dead."

" Wow" Said Natasha " Does he need CPR? Because I totally know CPR"

He groaned " He's alive!" I sighed in relief. We dragged him to the car and lifted him in. I rested his head on my lap. Natasha drove to the hospital. She parked the car, well she tried. Luckily only 4 cars and a duck were damaged.

When the man regained consciousness I was the first one he saw. " What happened? Please say nobody kissed me" 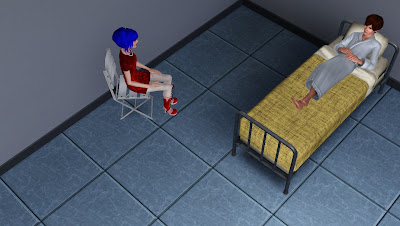 " No" I replied " Although my daughter tried" I looked to Natasha who had gone red, she retreated out of the room.

" Because your face is familiar" 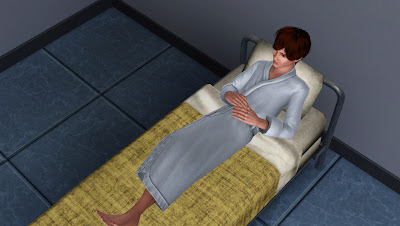 I fluttered my eyelids " Would you do me a favor?"

He opened his eyes wide.
After he put his clothes on he phoned his wife, to make sure that it was okay for him to be a challenge dad. I made Natasha sit in the back whilst I drove. This guy was seriously hot. 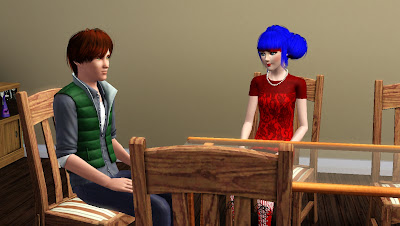 I sent the kids away to a friends. Just as Russ and I were about to sit down to a meal my phone rang. 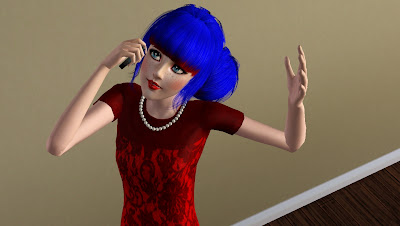 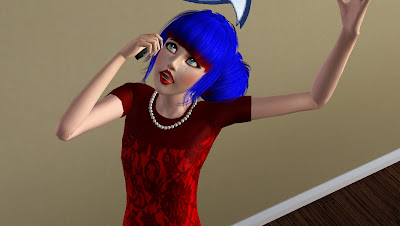 I sat back down. " Who was that?" Asked Russ

After the meal Russ and I went upstairs. As he left the kids came back. I nodded to them all as they entered, " Have fun at auntie Nat's?"

" Silly woman" I giggled and sighed at the same time

The next morning I aged the kids up:

Pepper became a beautician. She gets great pay and visits often 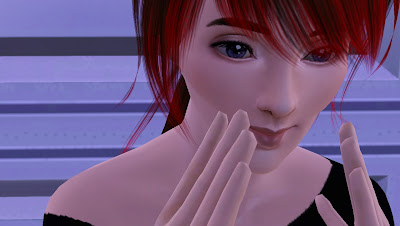 Natasha became a spy! I am son proud of her. I got misty eyes as I said farewell to my twins 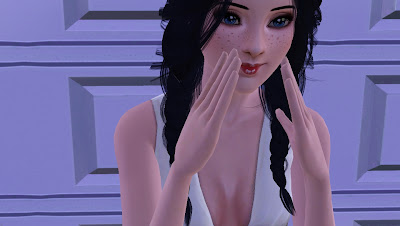 Ghastly is a teen now. He loves gardening and he helped me to build the tree house which is now in the garden. I love that kiddie 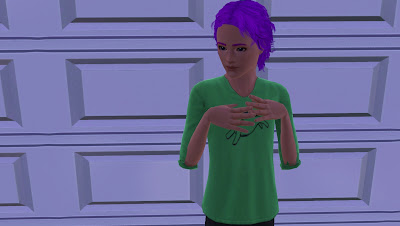 Hannah- Oh Hannah, she is so pretty! I just love her. She was the first in the tree house. People say that you either have the looks or the brains and she has both! She loves reading. D'aaaaw 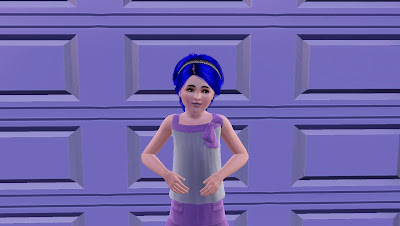 Becks o_o she is so cute! She is the darn cutest thing I ever did see. She is named after Becks Best, a delightfully gorgeous challenge mother! 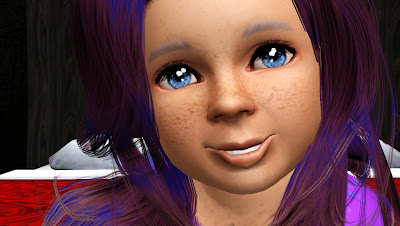 Simba is equally cute. Becks helped me chose the name of this little one, he can talk already! Did I mention how adorable he is? 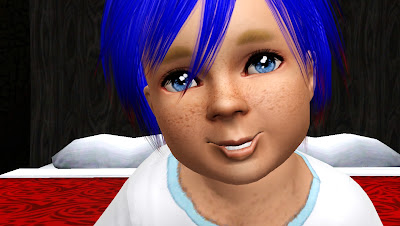 Ghastly wondered down the stairs to the kitchen, he turned on the light and rubbed his eyes. He saw his mother standing in the middle- her cheeks full of food. She stood frozen

"Liar" Said Ghastly as he turned the light off. Leaving Electra standing in the dark room. With nothing but her plate of cookies and cake to keep her company. Somehow- I think she'll manage. 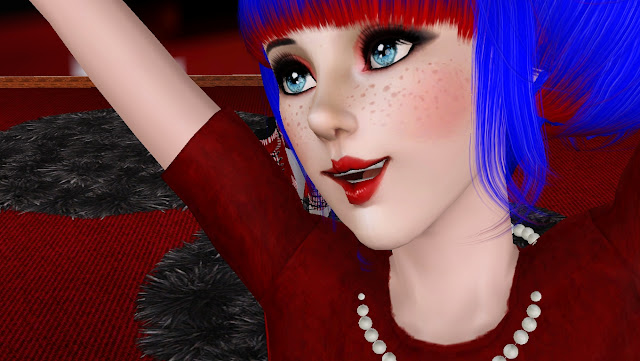 HELLO READERS! PLEASE LEAVE A COMMENT! MAKE MY DAY, MAKE ME SMILE, THANKYOU ALL! oh and a special thankyou to Angelina for letting me use Russ in the challenge, thanks!
Posted by Violet Everly at 10:15