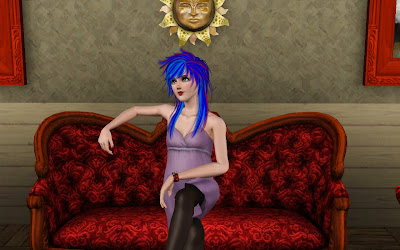 I sat my almighty buttock on the sofa. My heavily pregnant belly sticking out like a - wait I can't say that, this is a family post. I sighed as my weight was placed on the sofa. And I came to the decision that becoming a sofa would be a bad idea. It holds people on it's back, without even a thank-you they come and go, it holds me, which even my legs find hard to do.
Thankfully my daughter wondered in to prevent another epiphany. She looked at me for a minute and began to approach, she sat down next to me.

" Mummy?"Poppy said, swaying on her feet. 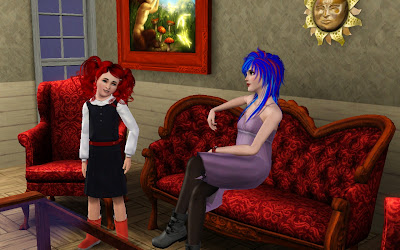 " What happens at school?" She looked down " Fletcher said they make you slaves- and- and- bullies flush your head down the toilet"

I looked at Poppy and shifted my colossal weight sideways to look at her " That doesn't happen" I told her " Your first day will be the best day of your life so far, trust me I'm the- Wait no I lied, I am not that guy."

Poppy stood up, a smile slowly settling upon her face. She span around " How do I look?" She giggled 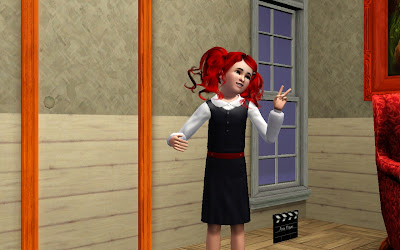 " Amazing" I grinned, she ran out of the room. She was wearing wellington boots- on her first day. Oh joy. Shortly after the door slammed shut Fletcher swaggered in. He looked at me, and I glared back, in the scariest way possible.

" Errm..." Fletcher wobbled " Are you having some sort of seizure?" I carried on glaring " But seriously mum, are you alright?" realizing it wouldn't work, I gave up. 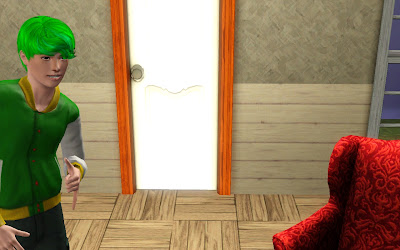 " Why did you tell Poppy that people would bully her in school?" I shouted

Fletcher giggled to himself " Just a bit of fun mum, harmless"

I glowered " Not for my little Pop it wasn't"

I glared at him " Now" I said purposefully " Rub my feet" 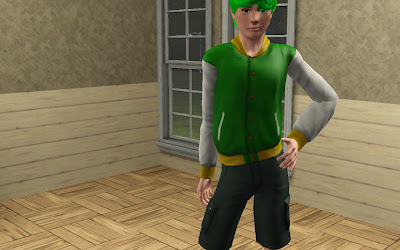 I picked up my cup of tea resting it on my bump. I let go of it and it stayed. I felt Fletcher stop rubbing my feet.

" That is not what it is designed for" he whined at me as if I was a child.

" That''s exactly what you would say" I replied " You don't have one. You are just jealous."
He studied me. And he made the right decision to not continue this argument,he would not win. Nobody ever wins. 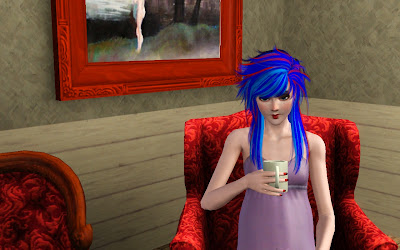 "I said nothing"I gave him the evils and he broke his silence " I need to go to school"
Oh. I thought to myself. Damn school; getting in the way of my foot massage.
Shortly after Fletcher had left for school I decided to get up. This was a bad decision. It took me several minutes to even lift myself. All in all it took a half hour to get to the door. I decided that stairs would be a bad idea at my heavily pregnant state,but I did have to collect Emilia and Charlie from their cots. Decisions,  decisions. And so I wobbled away from the stairs. They would have to wait.
An hour and a half later the stair lift arrived. I got to the bedroom and picked Charlie from the crib. Emilia was already sat on the floor.
I took the two of them to playschool.

I pulled up into the drive to see my front door wide open. I stayed in the car, hoping to god that nobody was going to jump out at me. I puckered up the courage to walk inside.
I stood in the doorway, peering around, there didn't seem to be anything missing. Just as I thought it was safe to enter the house, I felt a hand grab my shoulder

" Hey good lookin'" He said as he swung me around.

I leaned in closer to place my lips onto his " Tristan, nice to see you" I said between kisses " Your wife out?" 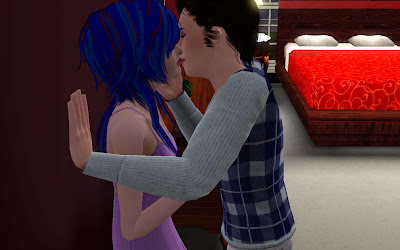 He laughed into my mouth " Yeh, working late"

" Oh yeh" He kicked the door and it shut obediently. He slid his hand up my top and tried to undo my bra

" Tristan" I breathed. But he slammed me against the wall, our lips still squashed together, my bra went falling to the ground as he and I stumbled into the bedroom.
2 minutes later we were sat on the bed.

I sighed " Yeh, sorry about that" 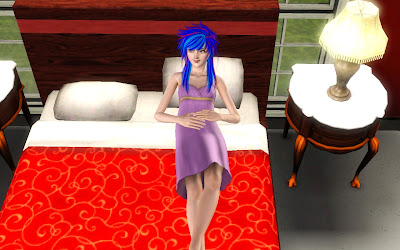 He turned to look at me " I'm thirsty"

" I suppose you want me to make you coffee then" I said as I lifted myself from the bed. He nodded.

I wobbled to the kitchen, every step putting more strain on my back. The kettle rumbled and it seemed like the whole house shook, picking up the cup and the coffee in one hand. Man I was cool.
A sudden pain hit me: Causing me to drop the cup. It fell to pieces.

Tristan came running in. " W-w-what happened?" He came in closer " Whats going on?"

He screamed at me as I doubled over in pain. Pushing down on my bump " Not here" I whimpered " Not now" 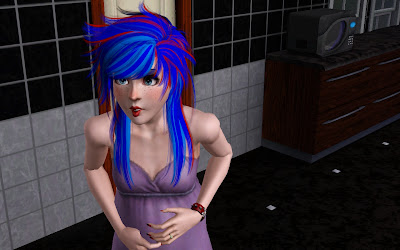 He  stood and screamed. More so than me. At that moment, Poppy and Fletcher wondered in. They were arguing, not for much longer than seeing me. Fletcher stood stunned.

" Who is that man?" Asked Poppy

I panted. A bead of sweat rolling down my face. I hated her questions " The post man" Was the first thing to drift through my mind 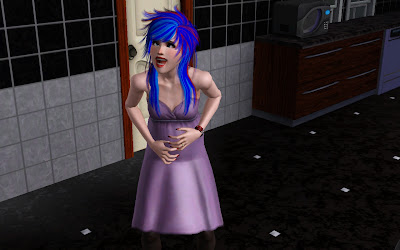 Her eyebrow raised " He's in his Pj's"

" New uniform" I said quickly. I could tell from her expression she didn't believe me. But hopefully she wouldn't think any more of it.

It wasn't long before I got fed up of Tristan 'the postman's' Wailing so I kicked him out.
Fletcher had called a midwife- even after me insisting I didn't need one.

The man that delivered my babies was a dopey looking fellow. Big ears, slight overbite and magnificent cheek bones.
I placed the new boy Into the cribs, the midwife (or is it husband?) Standing at the door, waiting for me to dismiss him.
Instead I dragged him into the bedroom and tumbled on top of him. the look on his face was priceless. 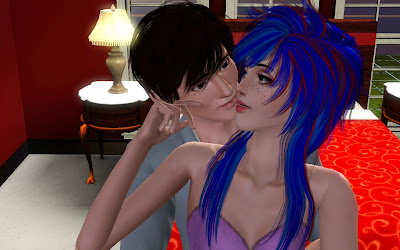 After midwife/ husband had stumbled out I aged up the kiddies.

Fletcher turned into a ravishing young man, he recently dumped his girlfriend, although I have no doubt that they will get back together- they always do. He is now a professional American Football player, and is touring the world and competing 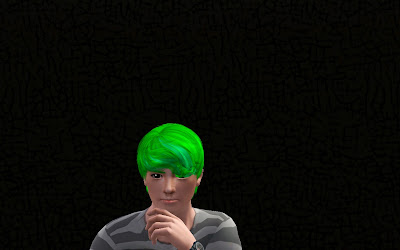 Poppy- my little angel has becoming a delightful teen, she is gifted in singing and painting, she says when she's finished with school she'll become an artist. My little girl! I feel so proud 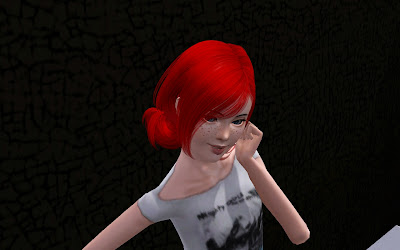 Emilia is much more athletic than her brother. They are constantly competing in everything. He has some features her father has and is the most Asian looking out of the twins 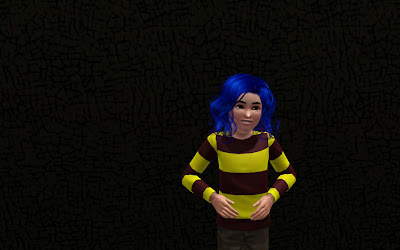 Charlie is so very well behaved. A good looking genius, he is really good with mathematics and I am pretty sure he wants to become a rocket scientist. 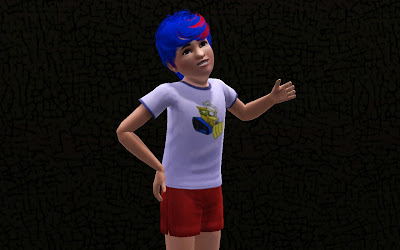 Tony is unique- really smart. I haven't had long enough to get to know him properly... 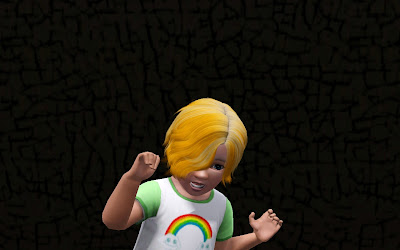 (thankyou Becks for the pose!)

IF YOU ARE OUT THERE AND READING THIS COMMENT PLEASE, I NEED FEEDBACK AND I WILL REPLY BACK ASAP
Posted by Violet Everly at 13:14