The table that I sat at was large, on it was a white cover, with black detailing. Spotted around, infront of the table that I sat, was multiple other tables, all accommodating my guests. Every place at every table had an elegant glass of bubbly. 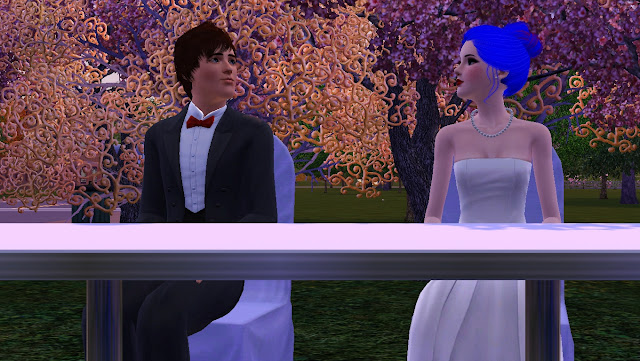 I sat by Alex and Natalie. The rest of the table was filled by the bridesmaids, they babbled on about nonsense as the room bustled.

Natalie put down the glass and the spoon, satisfied that the rooms attention was on her. She stood up, all eyes were on her. Undeterred by the many eyes on her she began to speak.

" We are all here for my bestfriend's wedding" She cleared her throat " But as far as I am aware, this particular relationship arrangement, also makes her my daughter-in-law" She smiled " I am never going to get used to saying that, I must admit" She sat down, it was much shorter than I expected, but then, what more could she say?

I was the first to stand up, clapping, followed shortly by the rest of the room. 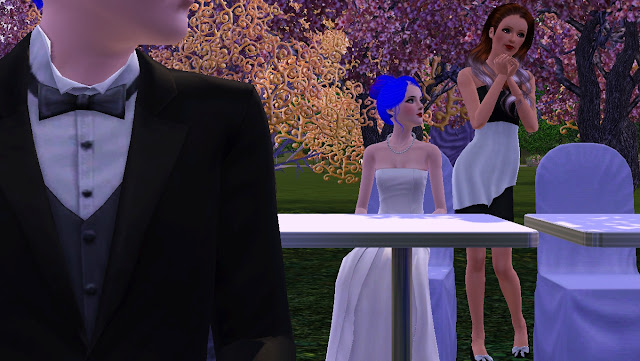 " Ehem" growled Skye. She room was still clapping " EHEM!" She yelled, with little success. I noticed her and tried to hush Alex. " ALL RIGHT BICHES LISTEN UP!"

Skye looked quite happy with herself. I have to admit, it was unnerving seeing her above all of these people, like some sort of evil mastermind. " It may come as a shock to you" She said sarcastically " But I am also a friend of Electra's, In fact it was actually me who shipped her over to America and housed her in the first place" The crowd was still silent, I think in fear " No need to thank me, but I am the one who made Electra the lean-mean-reproductive machine she is"

I looked up at her, standing there in confidence. Her speech flowed out of her mouth and swallowed the room as it went on.

When I first met Electra, we went out drinking. And I remember thinking, 'Boy. She's actually trying to beat me here.' But she didn't. And she didn't the second time, or the third. And we had some crazy shenanigans those days. But there is one thing she did beat me at.  You see, Electra got married first.  That's why you're all stood here. And as the one that gave her away, I would like to offer her my deepest, most heartfelt congratulations and wishes for a good future. And a full summary of her entire honeymoon


The room was stunned into silence. " WELL CLAP PEOPLE!" She yelled. The crowd jumped up obediently and clapped like there was no tomorrow. She looked at me and mouthed 'the crowd loves me' I winked 'sure they do' I mouthed back. 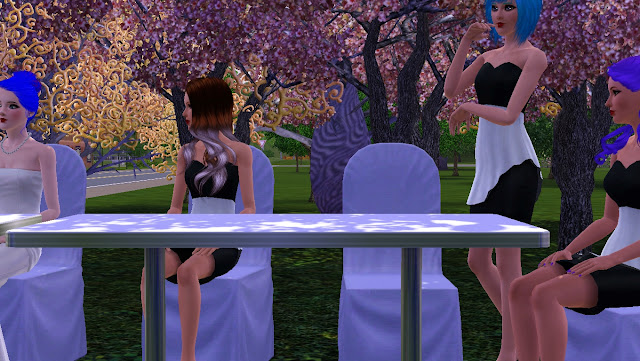 Shortly after Skye had sit down, and after a fair gulp of Champagne I stood up. The sound of the chair sliding across the grass was loud " Right guys" The guests slowly quietened " We'll be going on to the dancing in just a second"

Skye stood up, the crowd jumped back " First dance time!" I was beginning to wonder exactly how much she had drunk already...
The people burst into life again, making their way to the dance floor. Alex and I stood up shortly after the crowd had moved on

" You ready?" He took my hand, and walked me to the dance area

He leaned in close, I could feel his warm breath on my neck " You'll do fantastic, you're my little humming bird" 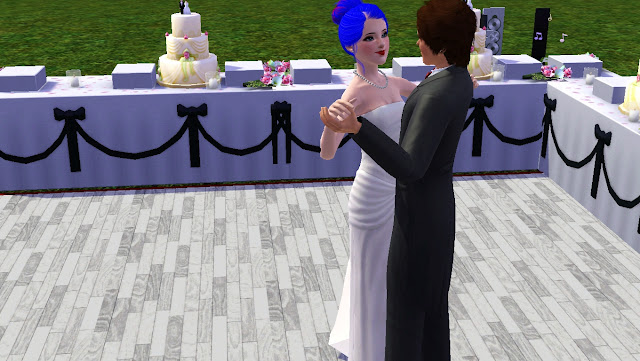 " Lets get this over with" We both made our way to the middle of the floor. I turned to look at Becks, who was sat by the stereo. I nodded to her, to sign that I was ready. Placing my hand gently onto Alex's waist I looked up at him.
The music began to flow around the room. I had chosen the song, it took me forever to pick. I was never known to know what to play music wise, I admitted now, that the song that I had chosen was an uncreative choice. But it was something that meant something to Alex and I, and it was the only one that felt right, this moment would stay with me forever... I was under pressure to make no mistakes. Your song- Elton John.
Alex began to sway slightly, my feet reflected his in every movement, I leaned my head on his chest, I felt warmth beneath his suit, it felt good on my cool cheeks. I heard his heart beating calmly; then I wondered if he could hear my heart: How fast it was beating, how unsettled it was, if he could sense the love I felt for him. I stumbled over his foot slightly, I jumped up, looking around, nobody seemed to have noticed. Despite this, I still fixed my eyes on my feet, being sure not to make another mistake.
" Relax" Whispered Alex softly 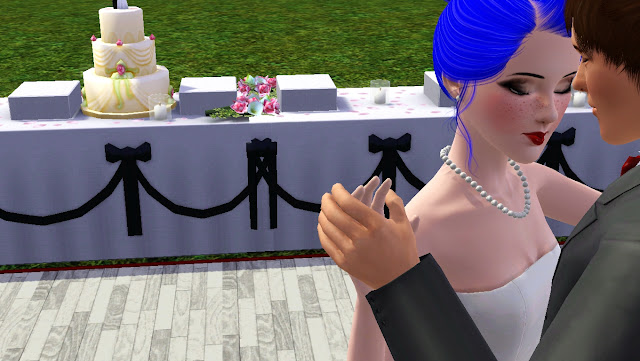 I took a breath out and kissed him, my timing was with perfect for the end of the song.
The crowd roared with clapping

" I love you" Whispered Alex 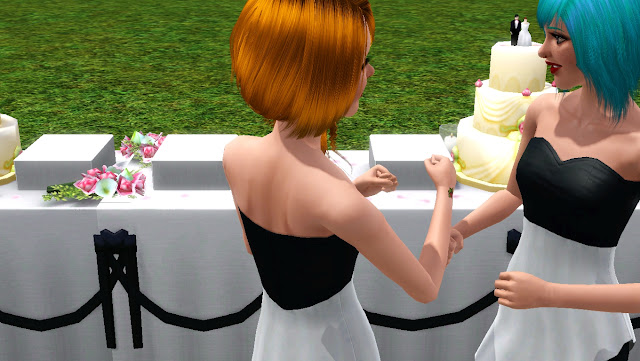 Skye and Paisley bounced forward " OUR TURN!" They ran onto the dance floor and began dancing together, closely followed by everybody else. The songs flicked about, all manner of music played. 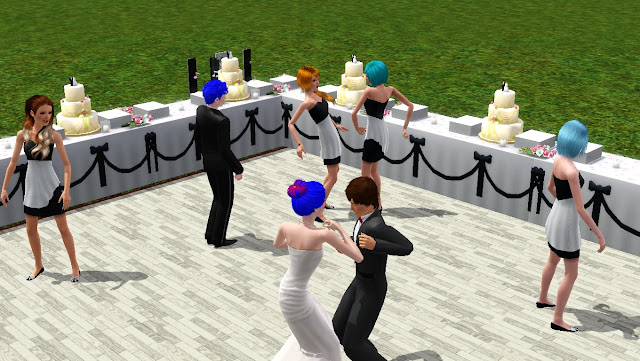 Becks and I had spent hours choosing the tunes for this moment, but it seemed now that perhaps, we had put just a little too much Disney songs in there.. Hell, what am I saying? You can NEVER have too many Disney songs.
We danced the night away.
All of this dancing did, however, make me rather peckish. This made me come to the decision that it was high time that we served the food. 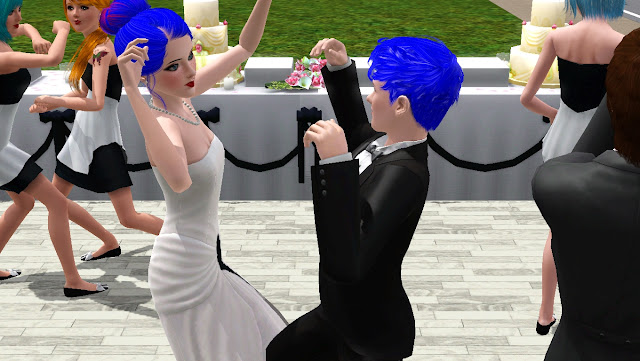 But first we had to cut the cake, much to Chloe's delight it was lemon cake, which, apparently she liked very much. Along with the rest of the guests apparently, because it was gone in just a minute. 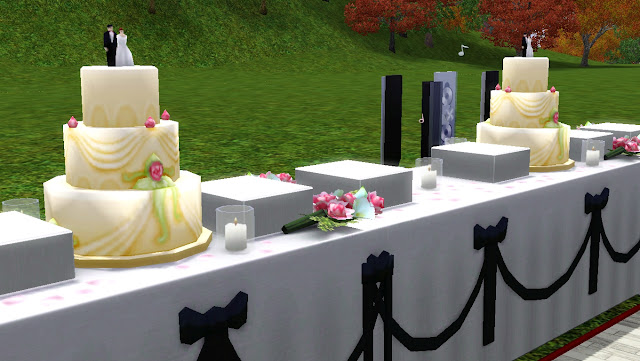 Alex and I took the opportunity, while the girls were stuffing their faces, to make our escape. 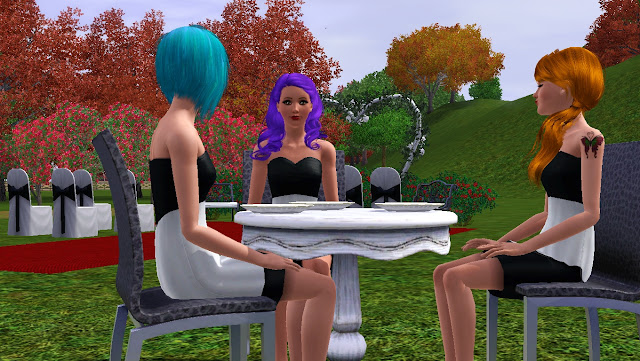 We arrived home to find Arthur at the door.
" Where were you?" I asked him " you disappeared before the dance!" I smiled " You would have loved it" 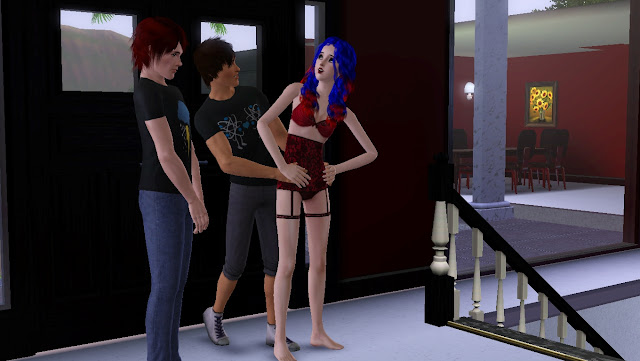 Arty shook his head " Nothing" He rubbed his neck " Also.. Your dog is ill, he keeps on being sick.. And is trying to eat people" Arthur walked away silently, just as Mofussa appeared.

" Hey little buddy" I bent down to give him a scratch on the chin, he licked my hand " You okay?" He looked a little bit different. Maybe it was just him getting used to the new house, he isn't used to it after all. 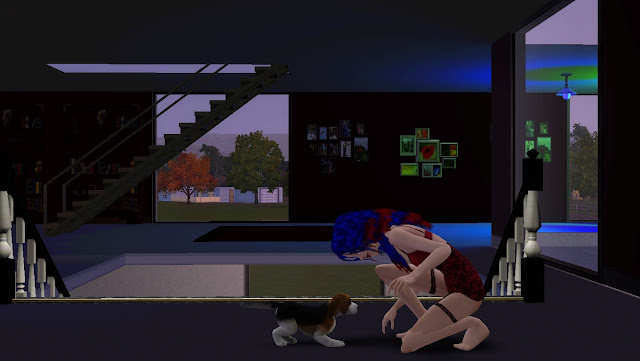 Alex took his clothes off, smiling bashfully at me. " Give me some love Mrs. Windfield"

I walked toward him " Yes Mr. Danton"

He shook his head and grabbed me by the waist.
We explored eachother, caressing everything that we now shared, it was amazing. 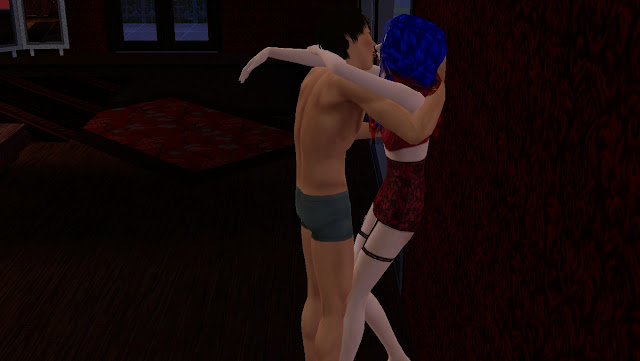 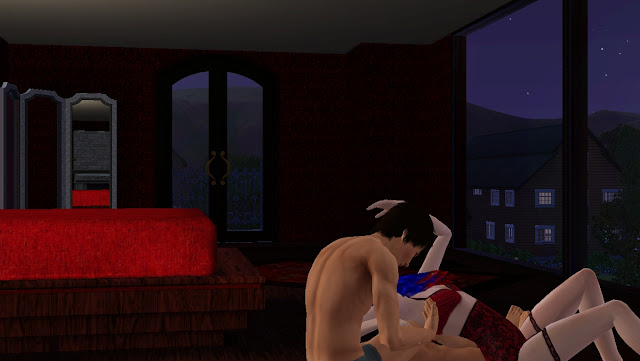 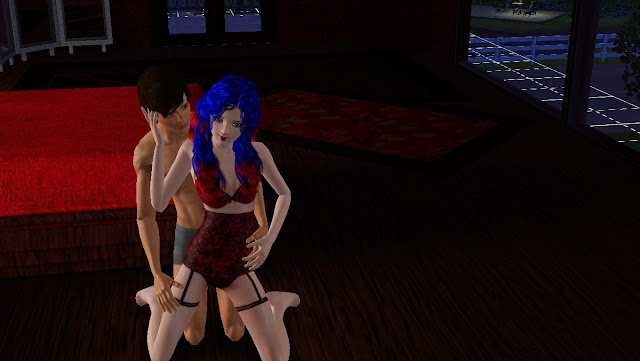 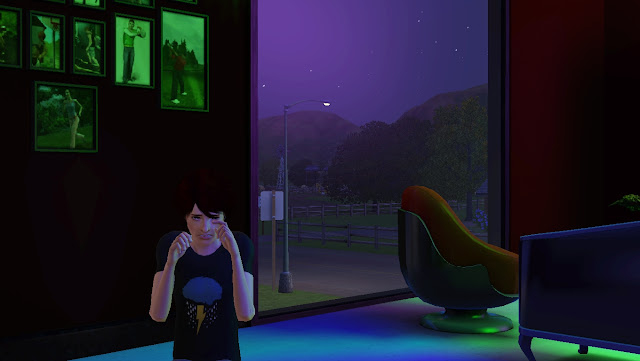